The Two Halves of Life 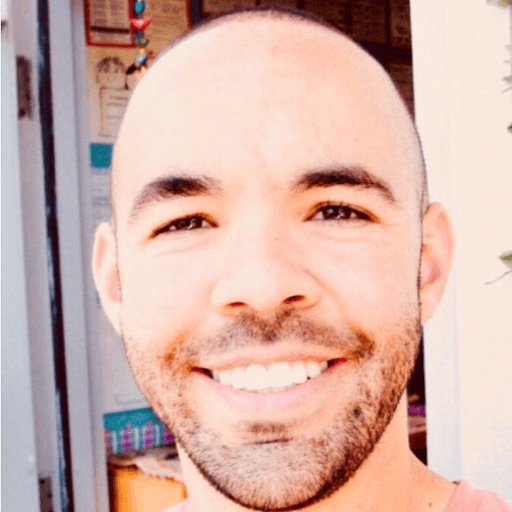 Psychology, sociology, spirituality, and various models of growth have historically taught that human development occurs in stages and through the progression of those stages. But, in 1931, world-renowned psychoanalyst Carl Jung brought this into a greater focus and depth of understanding in his essay Stages of Life. In describing the first half of life, the second half of life, and the path toward personal transformation, Jung left all of us realistic reasons to be hopeful for the future and our future selves.

Building upon Jung's work, spiritual teacher Richard Rohr describes the first half of life as the “container” of our life. This season is all about growing up and building a strong ego structure. During this time, our days are spent designing and confirming our identity, learning order, following rules, seeking importance, seeking to belong to the right groups, obtaining degrees, creating wealth, finding a partner, having children, etc. The first half of life is very self-centered—and necessarily so. It's all about acquisition, certainty, order, and upward mobility.

Rohr goes on to say that the second half of life can be described as "the contents” of the container. This is the time where we discover the meaning behind what we did in the first half of life. This season isn’t about growing up, but growing down. In growing down, we learn the lessons of surrender and letting go. And, in so doing, we come out of the cubbyhole of self to discover greater love, greater wisdom, and a more spacious, vibrant sense of self.

People of the second half of life are larger than life—and death. They possess a foundational happiness that is independent of conditions. They are difficult to offend because they can do what most of us cannot, which is to live in the present moment without tension or judgment, and love their enemies. They have little to no investment in their own ego, their own group, or social image. Because they have no need for fame or fortune, they cannot be bought. They cannot be defeated because they have nothing to prove and nothing to protect. They don’t use their strength to oppress or impress. They’re concerned with depth, meaning, reconciliation, and win-win scenarios. They readily give themselves away for others because they can afford to; they are emotional and psychological millionaires. Not coveting their lives, even unto death, they leave an eternal aroma for us to follow throughout the ages. Truly, they are mystics among us. Anne Frank, Mother Theresa, Martin Luther King, Gandhi, and Nelson Mandela are just a few among many who have gone before us, teaching us how to fully embrace and embody the second half of life.

But who among us can make this transition? Herein lies the dilemma; throughout Jung's writings, he offers repeated warnings of the failure to transition into adulthood. He feared that people would remain forever psychologically young. In Falling Upward, Rohr says, when a person spends 30 or 40 years working on "first half” tasks, the obvious and predictable outcome is that they will become ego-centric, enamored with their own self-image and personal success. An overextended stay in the first half of life can only produce people who are addicted to their own thinking, circle the wagons of their own group ideology, and live inside a world of immaturity.

According to Rohr, there are two primary ways by which people change: great love, or great suffering. However, because finding consistent unconditional love that will put up with our immaturity is hard to find (and the majority of us are not going to spend our days in silence, perfecting meditative states), most substantial and lasting change occurs through the vehicle of suffering.

In order to transition into the second half of life, there must be a “fall” that breaks us out of this conditioned state. That fall takes the form of an unavoidable crisis that we cannot manipulate or maneuver our way out of: a disease, progressive illness, a blighted reputation, the loss of a job, or the death of a loved one. That fall must be strong enough to destabilize our structured patterns of life. Though these events may appear to be dead ends, Rohr calls this necessary suffering “falling upward.”

Because almost none of us would go so far as to dismantle life as we know it, it is in these spaces that we are gifted the opportunity to drop pretenses, confront our pseudo-maturity, reconcile inner conflicts, come to peace with paradox, let go of our illusions, face our pain, and grow into our most authentic life. However, if we protest the suffering and do not learn from it, the alternative is to remain in the first half of life.

Through this lens, it can be said that many in recovery from mental health disorders and substance use disorders have a head start on the path of personal transformation. The fall into a visible crisis, being rejected, and working to transform their pain is precisely what qualifies them as initiates of the second half of life. Being pushed into exile, making friends with death, and facing the harsh indifference of life has ushered them into a deep humility that undercuts any attempt at assigning themselves as the center of the universe. Living on the edges and continuously fighting for survival serves to loosen their grip of ego, superficiality, and the image management that so often occupies the mind of those in the first half of life. Forced to think beyond the borders of their own family, culture, religion, politics, and sexuality, they are steeped in self and other-awareness. The loss (or perceived loss) of collective approval, not fitting in, not measuring up, not being worthy enough or holy enough, being overlooked, and being set aside are re-framed as transformational opportunities that open new avenues of freedom—freedom from the bondage of people-pleasing and the codependent drama that comes with trying to live up to the demands and unrealistic expectations of others. As a result, they do not need the world to orbit around them because they are not possessed by the need to be first, the need to be right, the need to win, or the need to be the best. They aren’t possessive of their own reality because they operate as satellites—they orbit the world with a sense of wonder and openness, ready to share and be influenced.

Taking the path of descent and learning to find meaning inside tragedy gives many in recovery an inner authority and healing authority to bridge the gap between the inner world and outer world, the first half of life and the second. Their experience is demonstrative, showing us that by falling we are better able to stand. In stumbling, we discover. And in dying, we rise. Those at the bottom, those who have been rejected, have in many ways become our teachers; they reveal to us the paradoxical wisdom that—more often than not—the way up is down, and the way down is up.

Peer Recovery Support Specialist
Michael Dominic is a Peer Recovery Support Specialist at WEconnect Health Management. He holds a Bachelor's degree in Human Development from Pacific Oaks College, a Master’s degree in Psychology from Touro University, and a certification in Peer Recovery Support Services. With 18 years of cross-sector experience in education, mental health, criminal justice, and international teaching, Michael has a dynamic and refreshing understanding of human development across the lifespan. As a keen observer, explorer, and nurturer of the human spirit, Michael endeavors to capture and convey the spirit of life in a way that inspires people to consider their relationship with Life itself. While pointing toward personal growth and development, Michael calls people to preserve their wildness, keep their stories strange, pursue company with those who are different, and grow hungry for stories and worldviews that will transform their identity and re-write their map of reality. Outside of the office, Michael spends his days venturing off the beaten path in search of new lifestyle subjects, subculture communities, underground music, tapas-style restaurants, vintage clothing, and great conversation that lingers over Italian roast coffee.